Emily graduated from Middlebury College on Sunday, May 23, 2010. It was a beautiful day! The flags on the building are from the countries with students in the graduating class:

Emily graduated with a bachelor of arts degree in biology and a minor in religion. Congratulations, Emily! Well done! 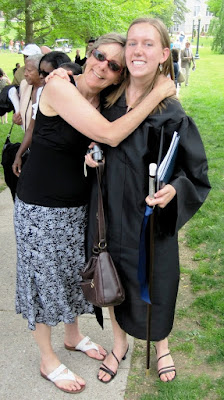 Emily and some of her friends: 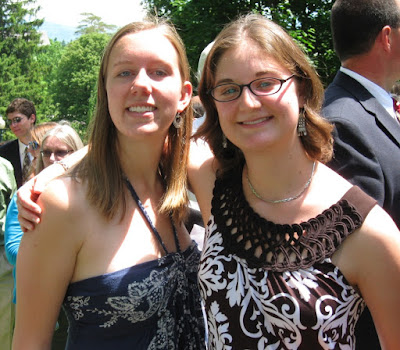 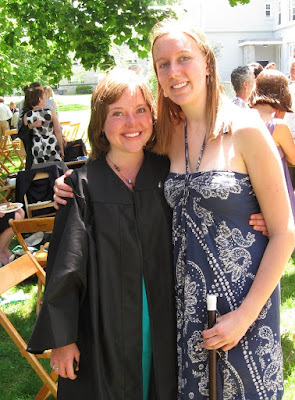 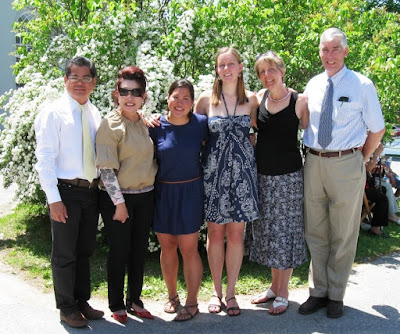 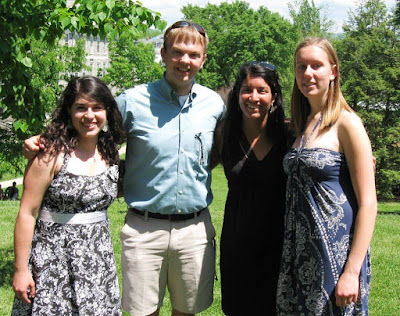 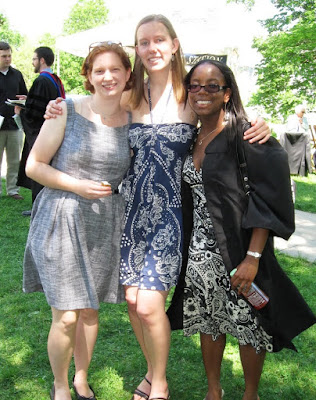 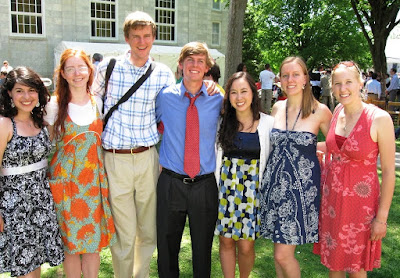 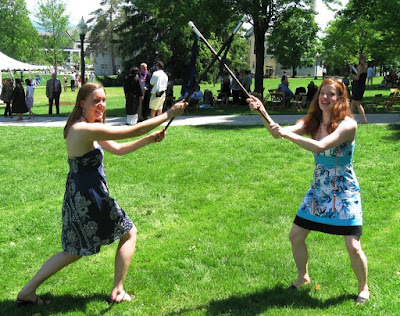 Each graduate was given a replica of Gamaliel Painter's cane. Mr. Painter helped found Middlebury College and he left his estate and his cane to the college when he died in 1819. Painter Hall is named after him.

That evening some of Emily's friends and their families came to our house for a cookout: 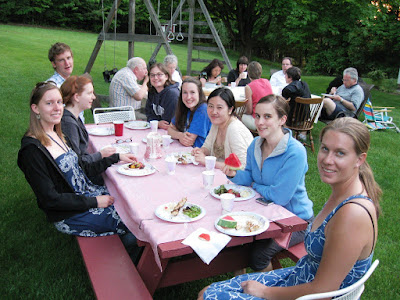 The day before Emily's graduation was baccalaureate and a few other activities. Click here for President Liebowitz's baccalaureate address (interesting info about the graduating class and the history of Middlebury College).

Here is the family in front of Mead Memorial Chapel after baccalaureate: 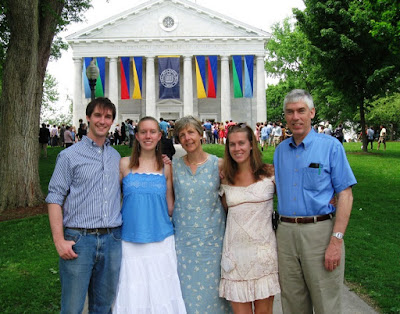 Emily's senior thesis was based on work done in Dr. Grace Spatafora's lab. Emily showed us where she spent a lot of time this past year: 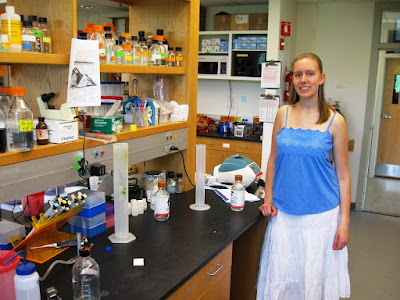 That evening Dr. Spatafora had a reception at her home for the students in her lab this year. Below is Emily with three of her four lab mates and Dr. Spatafora: 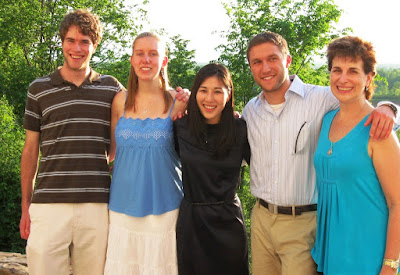 You Are Not a Gadget

The book You Are Not a Gadget by Jaron Lanier is a fascinating counterpoint to some earlier posts on this blog.

Jaron Lanier is a technologist, one of the pioneers of virtual reality, who has come to question where our current technology is taking us. He asks the following basic, related, philosophical questions:

1. Are humans special?
2. What is the proper relationship between the individual and the group?

Jaron Lanier argues that humans are special, and that our current technology is problematic because it emphasizes the group to the exclusion of the individual.

This is the opposite of Stephen Wolfram: "...there is nothing fundamentally special about us [humans]." (A New Kind of Science, p. 844) It is the opposite of Ray Kurzweil's The Singularity is Near (movie due out Sept. 1, 2010). I think Jaron Lanier's position is the opposite of most technologists. For a few examples, see any of my earlier blog posts with the label "reality" (and follow the links). I briefly mentioned Jaron Lanier in my first post on the reality question.

Jaron Lanier argues that our current path of technological design (e.g., Web 2.0) is leading us into a "new religion" (p. 32) that he calls cybernetic totalism where humans are slaves of technology instead of the other way around. He believes "that cybernetic totalism will ultimately be bad for spirituality, morality, and business." (p. 119) And especially bad for human creativity.

In contrast to cybernetic totalism, Mr. Lanier posits humanism and "an idea of progress that is centered on enriching the depth of communication instead of the acquisition of powers." (p. 179)

This book is not just about computers. Here are a few of the other interesting topics woven into this book:
In the case of cephalopods (octopuses, squids and cuttlefishes), he is fascinated with how they communicate by morphing, something that humans can't do.

For more information about You Are Not a Gadget, see:

Jaron Lanier's web site about the book
Staying Human in a Tech-Driven World, a talk by Jaron Lanier at Zócalo Public Square at about the time the book was published in January 2010 (the talk is 54 minutes, followed by 18 minutes of questions and answers)

You Are Not a Gadget was published in 2010. Reviews:

UPDATE 6/04/10: In the Acknowledgements, Jaron Lanier writes "Superspecial thanks to early readers of the manuscript," one of whom was Neal Stephenson. I write about Neal Stephenson in this post: Snow Crash.
Posted by George Putnam at Sunday, May 16, 2010 No comments: