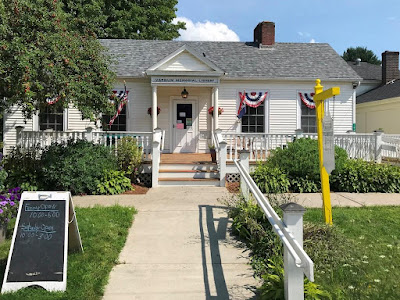 The Varnum Memorial Library is a gem in my village of Jeffersonville, Vermont (town of Cambridge). This post is to celebrate the new roof that was put on the library today.

The crew of Three Mountain Roofing started early today. They were well into the job when the following two photos were taken around 8:30 AM. 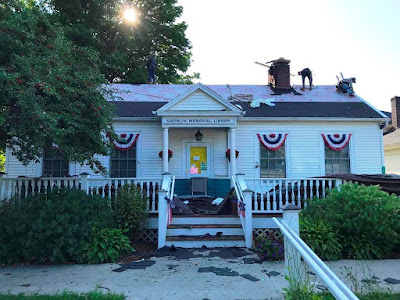 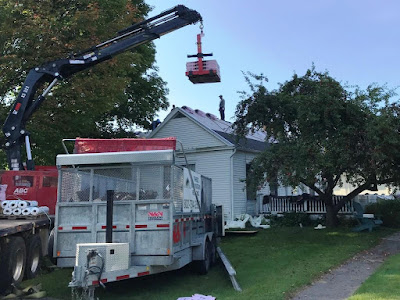 And they were done by early afternoon! The photo at the top of this post, and the two photos below, were taken around 2:30 PM. 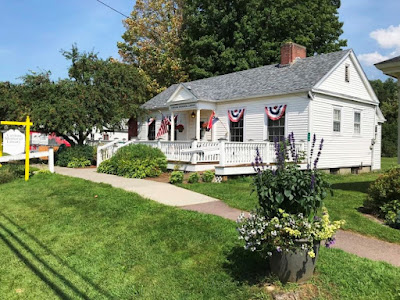 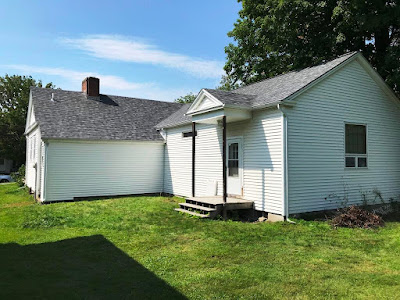 The Varnum Memorial Library is owned by the Crescendo Club Library Association, Inc. The library operates as a public-private partnership between the CCLA and the Town of Cambridge.

The Crescendo Club was organized in 1898 by local women to provide free public library services to their community. The Crescendo Club incorporated as the CCLA in 1927 following the death of Mrs. Harvey Varnum who willed her residence to the club. That property was sold, and the proceeds (together with other funds) were used to construct the original library building in 1938. The addition in the rear was constructed in 2005.