While I had not heard until yesterday about Duck Dynasty (see my previous post), I have heard from multiple sources about Sheryl Sandberg's new book Lean In. I haven't read the book, but I've watched Ms. Sandberg's TED talk which I'm told captures the essence of the book.

Her theme is that women today have plenty of career options, an improvement over previous generations, but women still aren't realizing their potential. It must be somebody's fault. Well, actually, she thinks it's everybody's fault, including women themselves.

Not everyone agrees. Here is a Wall Street Journal book review:

Another view about Ms. Sandberg comes from Penelope Trunk, who once worked in the high-tech industry like Ms. Sandberg. Ms. Trunk, now a farm wife, co-founded Brazen Careerist, her third startup. Brazen Careerist (sounds like "leaning in," doesn't it?) is "a career management tool for next-generation professionals." From her home on the farm she provides executive coaching. Bio here.

That background gives Ms. Trunk a unique perspective on this topic. The blog post at the first link in the preceding paragraph is well worth the time to read. Read the comments, too. The conversation in the comments draws out Ms. Trunk, and she explains more fully why she feels the way she feels. Some of the comments are very insightful, others are quite moving.

Ms. Sandberg has two degrees from Harvard and is a protégée of former Harvard University President Larry Summers. Susan Patton is another Ivy League educated woman who has been in the news recently because of her advice to women.

Ms. Patton was the first woman in her family to go to college. In 1973 she entered Princeton University in only the fifth co-educational class in the school's history. In 1977 she graduated as Class President. Today she runs her own consulting firm specializing in marketing and human resources, including executive coaching. She lives not on a farm but on the Upper East Side of Manhattan. Bio here.

Ms. Patton recently wrote a letter to the Daily Princetonian: "Advice for the young women of Princeton":


Her message was that finding the right man to marry is important to happiness, and that college is the best hunting ground.

All of the above links are about what women think. Are men allowed to have opinions? Probably not. Even President Obama is in trouble for recently expressing his opinion that the attorney general of California is an attractive woman. What was he thinking??

Nevertheless, at some risk, I offer these observations from a happily married man with a son and two daughters, all in their 20s and out of college:

2. Feminists are intolerant of this kind of diversity.

Men have been thinking about what women want for a long time. Does modern culture provide a better answer than Geoffrey Chaucer in the 14th century?

UPDATE 10/20/13: Here are more views on the theme of this blog post by two eminent women.

Christina Hoff Sommers is a resident scholar at the American Enterprise Institute. Last March she wrote this column for The Atlantic magazine:

What 'Lean In' Misunderstands About Gender Differences

Dr. Sommers' column supports an observation I made to Nancy some years ago: Men helped create our modern world where women have more choices about how to live their lives. Our reward is to be criticized for the choices women make.

Camille Paglia is a professor of humanities at the University of the Arts in Philadelphia. On 10/08/13 she participated in a Janus Forum debate at American University on "Gender Roles: Nature or Nurture?" Her debate opponent was Prof. Jane Flax of American University. Interestingly, both women have PhD's from Yale. Christina Hoff Sommers attended the debate and wrote about it:

Follow the link at the end to read Dr. Paglia's opening comments. They are thought-provoking. There's even a Vermont connection!
Posted by George Putnam at Saturday, April 06, 2013 No comments: 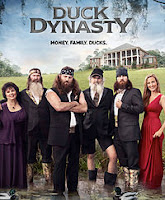 Am I the last person in the country to hear about the apparently popular TV reality show Duck Dynasty? I only learned about it yesterday. I had come across a link to a short April Fools video by MidAtlantic Farm Credit called Cluck Dynasty. I knew that MidAtlantic Farm Credit had a significant concentration of loans in the poultry industry, but I had no idea what their video was all about. A little research turned up the first link in this paragraph which is where the photo came from. Mystery solved.

This incident prompts me to share a few thoughts about modern culture. This is the first of two posts today on this subject.

What does Duck Dynasty say about modern culture? Maybe the times they are a-changin', ever so slightly.


A God-centered, traditional family that hunts is now explosively popular across the country and among the younger generation. (source)


Wow. And did I mention that this entrepreneurial family has created considerable wealth from modest beginnings?

While Duck Dynasty came from Louisiana, other surprises are coming from Britain. First there was the wildly popular Downton Abbey, which deals with a fictional aristocratic family far removed from the real family of Duck Dynasty. Unlike anything else in recent popular culture, Downton Abbey actually gives a balanced treatment of the upper classes. See this recent op-ed column in Forbes magazine:

Down On Downton: Why The Left Is Torching Downton Abbey

And now there are the new British dramas “Mr. Selfridge” and “The Paradise” which Virginia Postrel writes about on Bloomberg:


When the British drama “Mr. Selfridge” debuted on PBS this week, American viewers saw two things rarely on display in contemporary popular culture: a businessman hero and, more remarkably, a version of commercial history that includes not just manufacturing but shopping.


This is wonderful. Our society would benefit greatly from more respect in modern culture for business, commerce, and entrepreneurship.

I once heard Virginia Postrel speak at a conference in Burlington and I was impressed. What she has to say at the link above about feminism is interesting. And she is a Princeton graduate. The topics of feminism and Princeton lean right into my next post...
Posted by George Putnam at Saturday, April 06, 2013 No comments: