The 2013 Slow Living Summit was held June 5-7 in Brattleboro, Vermont. All of the plenary sessions were in the Latchis Theatre. Love the marquee! 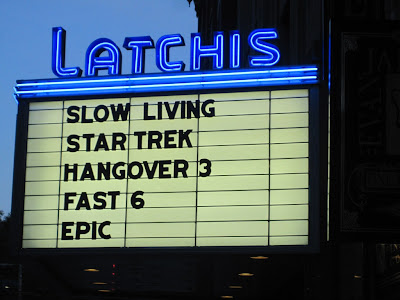 Susan Clark of Middlesex and I presented a workshop on "Slow Democracy, Slow Government: Creating more resilient communities." (See this post for background.) Our breakout session, at the nearby Marlboro College Graduate Center, consisted of three parts:
Susan talking about Slow Democracy: 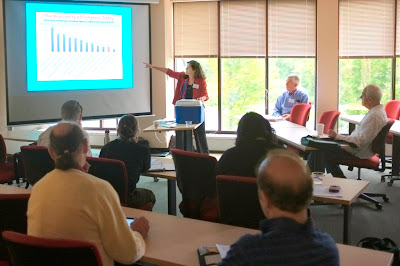 Susan is pointing to a graph titled "The Popularity of Congress Today" which shows a dismal approval rating for Congress of 9%: 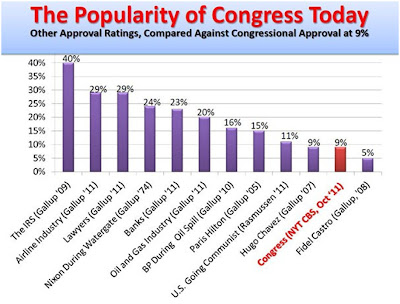 I discussed how Slow Government—government that is sustainable, local, organic and wise—can speak to the problem of citizens' lack of faith in government:
Following our presentations we engaged the audience in a case study about government involvement in the grading of maple syrup. Click here for the handout for the case study (PDF 0.8M). The photo below was taken during the case study discussion: 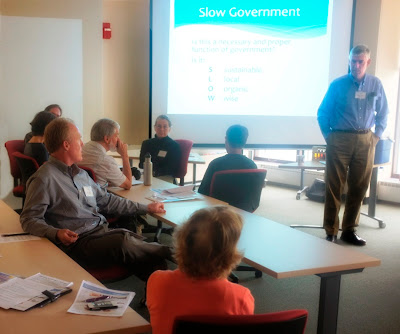 The slide on the screen is slide 16 in my PowerPoint slides: 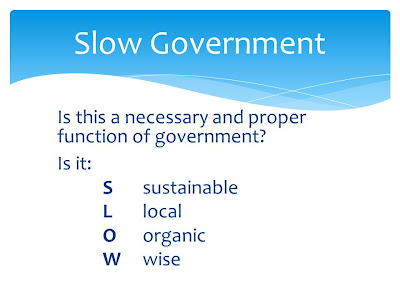 (The "organic" in Slow Government has nothing to do with agriculture. It has to do with government's handling of the economy. See my talk at the link above for more explanation.)

There were good discussions during the case study. One participant stated that it is the process, not the decision, that is important. The process is important, and Slow Democracy has a lot to say about how to engage in a good process. But the decision is also important—just ask any buyer or seller of maple syrup. If the decision was not important, we wouldn't need to worry about the process. Slow Government can help us make good decisions. The goal is for government to earn the consent of the governed—more than just 9% of the time. To achieve that goal, we need both processes and decisions that citizens will respect.

For an analogy to grading maple syrup, I talked about the grading of another food that Vermont is famous for: cheddar cheese. Consider the categories of Cabot cheddar cheese. There are no government rules specifying the differences between Sharp, Extra Sharp, Seriously Sharp, Classic Vermont Sharp, Vintage Choice, etc. Nor are there any government rules preventing Grafton cheddar cheese from being marketed in a different way. Grafton sells their cheddar as 1 Year Aged, 2 Year Aged, 3 Year Aged, etc.

Several people in our workshop came to the conclusion that there is no need for government involvement in the grading of maple syrup, especially since—as one participant noted—there are no food safety issues, only matters of taste and color.

About 300 people registered for the Slow Living Summit and 20-25 people attended our breakout session. It was an epic adventure!
Posted by George Putnam at Sunday, June 23, 2013 1 comment: