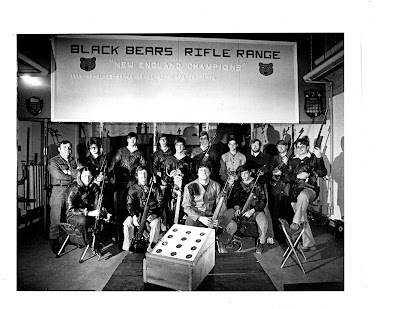 This summer I have noticed several stories online about first-time shooters.

Blogger Ann Althouse wrote about shooting a gun for the first time in June. There is a short video at the link. Ms. Althouse looks pleased with her bullseye!

Ann Althouse is a retired law professor living in Madison, Wisconsin, where she taught at the University of Wisconsin Law School for 32 years. Bio here. Althouse is a popular blog with an active commenter community. In the comments, Ms. Althouse reveals that she shot three guns that day.

The Denver Post reported in August that: Some women are opting to carry guns on Colorado trails to stay safe. The article stresses the importance of proper training. (Article found via Althouse.)

I encourage people to learn to shoot guns safely and responsibly, and I am not alone. Guy's articles prompted me to share with him the following story about Vermont Senator Patrick Leahy:

“Senator Leahy was a top shooter on the rifle team at Saint Michael’s College when he was an undergraduate. In 2008 he was being inducted into the Vermont Agricultural Hall of Fame in a luncheon ceremony at the Champlain Valley Expo in Essex. I found myself standing next to him in the buffet line, and we started talking about our common experiences on college rifle teams (some 16 years apart – he graduated in 1961, I graduated in 1977). He remembered that experience fondly, and he told me that he still enjoys shooting on his property in Middlesex. He also told me something that I didn’t know before, that he is legally blind in one eye. He thought that helped him be a better shooter. As we parted, he said:

I previously wrote on this blog about my experience on the University of Maine Rifle Team – the Black Bears.

Guy Page kindly reprinted my story about Senator Leahy in Vermont Daily and True North Reports. Full disclosure: Guy is a friend and relative. I've known him since we were boys.

I got to know Senator Leahy when I was CEO of Yankee Farm Credit. For example, see:

All three shooting stories at the beginning of this post, from this summer, are about women. When Senator Leahy was on the Saint Michael's College rifle team, it was likely all men. The University of Maine rifle team was all men in its early days, but became co-ed my freshman year.

The photo at the top of this post is the University of Maine rifle team in 1977, my senior year. I am standing in the back, fourth from the left, wearing glasses. The sign over us shows the years that the University of Maine rifle team was New England Champions: 14 of the 18 years from 1959 to 1976, including three of the years when Senator Leahy was in college. In 1977 we were undefeated (18-0) and again New England Champions.