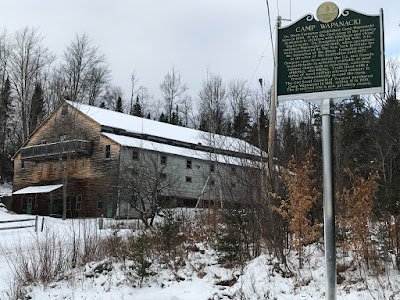 Camp Wapanacki was originally a fishing camp. The historic Trout Lodge, on the edge of beautiful and remote Wapanacki Lake, is said to have hosted many illustrious guests in the early 20th century, including Calvin Coolidge.
Dr. Merle Frampton of New York City and his wife, Iris, purchased the property in 1937 and the following year they established the first camp in the nation for blind and visually impaired children. The New York Institute for Special Education took over camp operations in 1942. Dr. Frampton served as director of the Institute until 1971. See this 1988 article in the New York Times for more information about this phase of the camp.
After operating as a summer camp for blind and visually impaired children for more than 50 years, Camp Wapanacki was sold in 1991 to the Girl Scout Council of Vermont and it became a beloved Girl Scout Camp. Our daughters spent many summers there as both campers and counselors.
The Girl Scouts sold the camp in 2014. Today the camp is privately owned and cabins are available to rent. See Camp Wapanacki, Wapanacki, and Airbnb (the link is to the former camp director's office, one of several cabins available on the property). 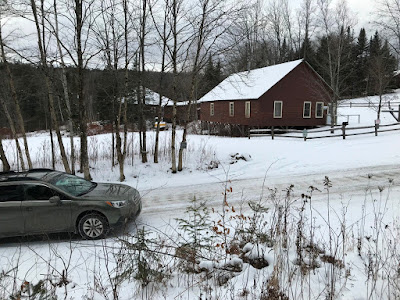 The Trout Lodge and Wapanacki Lake are not visible from the road, where the photos in this post were taken. The text of the historic marker in the photo at the top of this post can be found at Vermont Roadside Historic Markers (search for Camp Wapanacki). Other links I found about the history of the camp:
Camp Wapanacki is in both Hardwick and Wolcott. The usual approach is from Hardwick. The historic marker is on the Hardwick-Wolcott town line.
Northeast Kingdom Adventures: Follow the link for the introductory post about this series and a list of all the posts in the series.
Posted by George Putnam at Friday, January 01, 2021