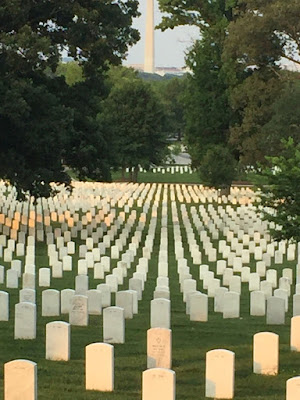 Arlington National Cemetery is the final resting place for more than 400,000 members of the armed services and their families. The cemetery covers 624 acres on the Virginia side of the Potomac River, not far from the Pentagon. In the photo above, the Washington Monument is visible in the distance between the trees.

The land was in the original District of Columbia, but was returned to Virginia in 1846. See this post. The property once belonged to George Washington Parke Custis, grandson of Martha Washington and step-grandson of George Washington. Custis willed the property to his daughter Mary Anna Randolph Custis, who was married to Robert E. Lee. The Lee family left their home at the beginning of the Civil War, and federal troops occupied the property as a camp and headquarters. As Civil War casualties mounted, the property became a burial ground beginning in 1864.

The Tomb of the Unknown Soldier is at Arlington National Cemetery, guarded 24 hours a day every day by the 3rd Infantry Regiment of the U.S. Army (The Old Guard). 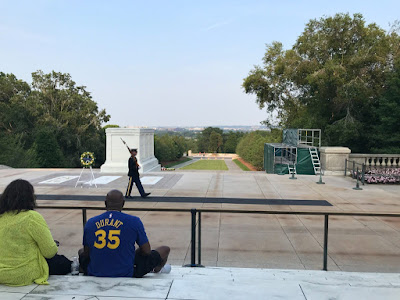 The changing of the guard takes place every half hour during the summer, otherwise every hour. Below are photos of this ceremony. 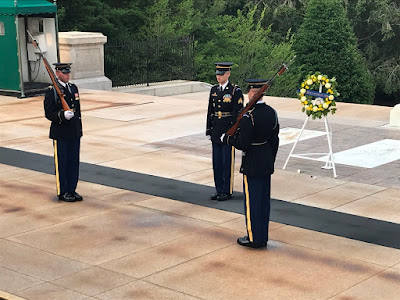 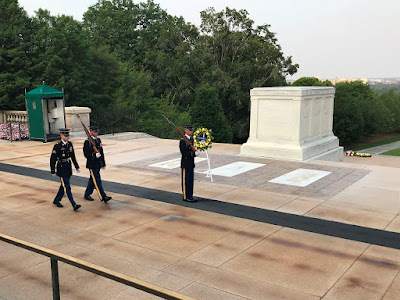 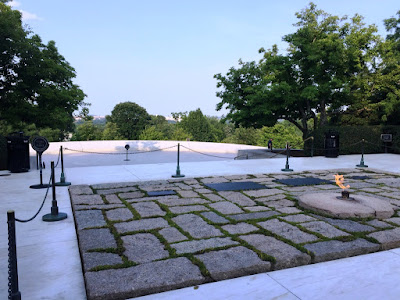 On a hill in the cemetery lies Arlington House, originally the Lee family residence and now a National Memorial to Robert E. Lee. It was closed for renovations, reopening in January 2020. 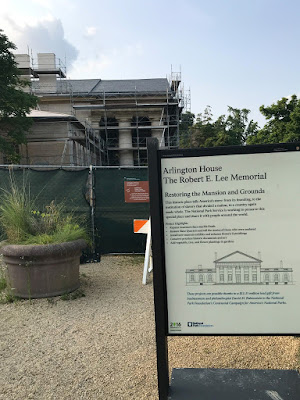 Below is the view from Arlington House looking across the Potomac River to Washington where the Washington Monument and the Capitol Building are clearly visible. 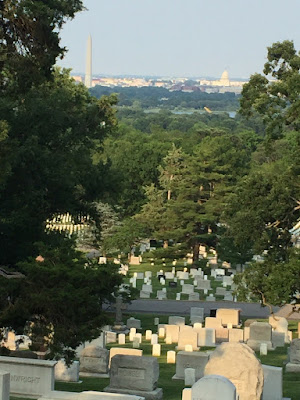 Arlington National Cemetery includes many memorials and notable graves. For example, there are memorials for the Space Shuttles Challenger and Columbia, and Supreme Court Justice Thurgood Marshall is buried there. Many of the grave markers are beautiful works of art. We could have spent several more hours in the cemetery and the visitor center.