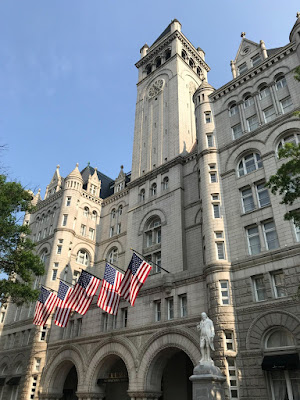 When the Washington Monument is closed, the best view in town is from The Old Post Office Tower at 1100 Pennsylvania Avenue NW, shown above.

The Old Post Office was built in the 1890s, about the same time as the Thomas Jefferson Building of the Library of Congress, as the headquarters of the U.S. Post Office Department as well as the city post office for Washington. The building is located in Federal Triangle, an area bounded by Pennsylvania Avenue NW, Constitution Avenue NW, and 15th Street NW. Federal Triangle contains ten major federal and city buildings, most of which were constructed in the 1920s and 1930s.

This view from the tower is looking southeast along Pennsylvania Avenue NW toward the Capitol: 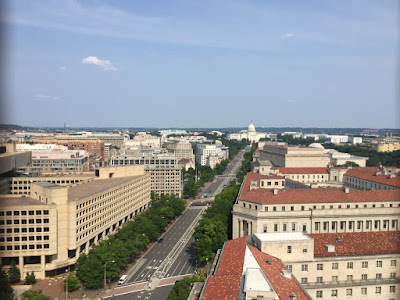 The view below is looking south to the National Mall. The domed building to the left is the National Museum of Natural History. Note the skylight on the Old Post Office in the foreground. 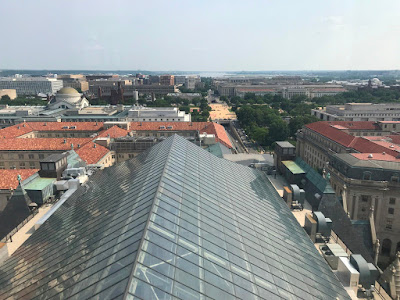 Looking southwest toward the Washington Monument: 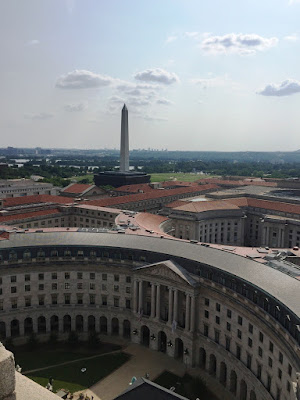 Today most of the Old Post Office is the Trump International Hotel, but access to the tower is maintained by the National Park Service. The photo below is inside the building, looking down into the hotel. The skylight allows natural light into the central atrium. 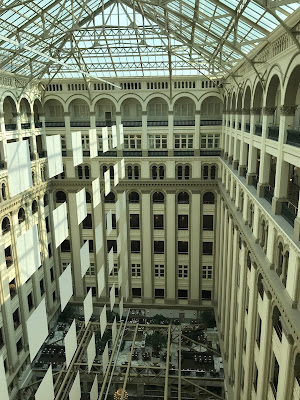 The photo below is of a poster in the hallways, showing an aerial view of the Old Post Office in September 2016 when the Trump Hotel was completed. 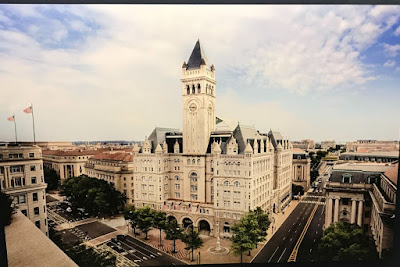