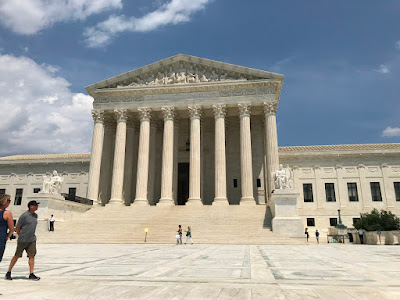 The Supreme Court building is the home of the judicial branch of the federal government (Article Three of the Constitution). Congress authorized construction of this building in 1929. Construction began in 1932 and was completed in 1935. The Supreme Court is located immediately east of the Capitol.

Until 1935 the Supreme Court did not have its own building – it met in various locations, mostly in the Capitol. William Howard Taft was instrumental in persuading Congress to authorize a separate and permanent home for the Supreme Court. Taft was president from 1909 to 1913 and chief justice from 1921 to 1930, the only person to have been both president and a Supreme Court justice.

The architecture of the Supreme Court building is majestic. Below is the Great Hall where busts of former chief justices are set along the sides. 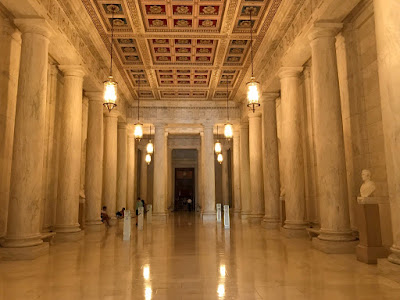 The door at the end of the Great Hall leads to the Courtroom where we listened to an excellent lecture about the Supreme Court, but we were not allowed to take pictures.

The photo below shows one of two spiral staircases inside the building. 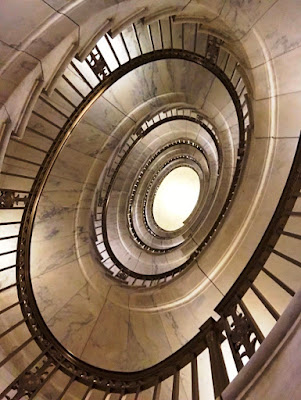 There is another detail worth noting about the interior of the Supreme Court, not architectural in nature: there is an excellent cafeteria on the ground floor. We ate lunch there on two days. The food was good and it was not crowded either time.

The photo below shows the detail above the 16 marble columns of the main entrance. 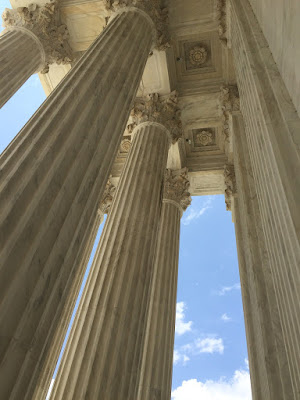 The main entrance is flanked by two seated statues – a female figure, the Contemplation of Justice: 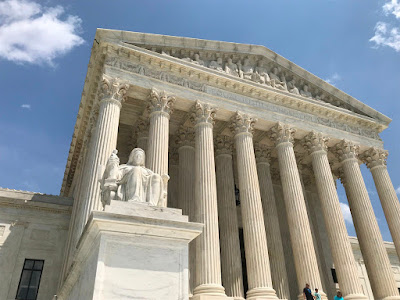 And a male figure, the Authority of Law: 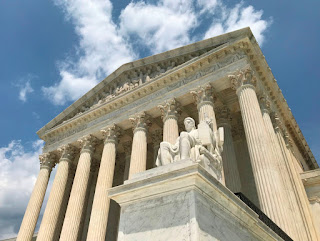 The inscription on the West Pediment above the columns says: "Equal Justice Under Law."